How Do LED Dimmers Work?

The importance of understanding how dimmers 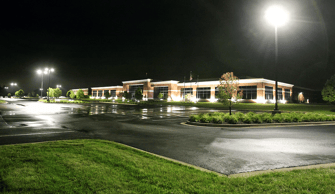 work and which ones to use has never been more complicated than it is now, due to all the different choices available. The introduction of LED lighting to the mass market has changed the dimming style to what used to only be available for fluorescent
light fixtures. Continue reading to answer the underlying questions: How do LED dimmers work?

This type of dimmer uses a large variable resistor to restrict the amount of current going to the light. This type of dimmer was created in 1843 and is considered an inefficient choice of dimmer switches for today’s technology. The rheostat turns a large part of the energy that it is restricting into heat. If you were to take a 100 watt incandescent bulb and dim it to 50% the bulb would be using around 70 watts.[1]

This type of dimmer cycles on and off currents very rapidly. At the beginning at each undulation in a cycle, it turns off the current. This equates to about 120 times per second. The red line shows when current is restored in each cycle and the blue line shows the polarity of the current. When you turns the knob to make it brighter, the red line will move to the left and when you want to make the light dimmer, the red line will move to the right.[1] This type of dimmer is more efficient than the rheostat dimmer since it cuts off the current instead of limiting the current. Dimming a 100 watt fluorescent bulb to 50% will only waste about one watt.

A 0-10v dimmer sends an analog signal directly to either the LED, fluorescent driver, or ballast. The driver or ballast then regulates the current going to the LED, or fluorescent fixtures. The downside to using a 0-10v dimmer is that it requires two additional low voltage wires to be running from the dimmer switch to each fixture.

Most of the newer LED or fluorescent fixtures will require a 0-10v dimming switch. This is important to remember when upgrading from older style luminaires since you will probably also have to update the older style dimming switches as well.

If you have questions about how LED dimmers could work in your home or office, contact us today. We are happy to offer any further explanations on your question surrounding How do LED dimmers work?