How to Calculate ROI of an LED Billboard? 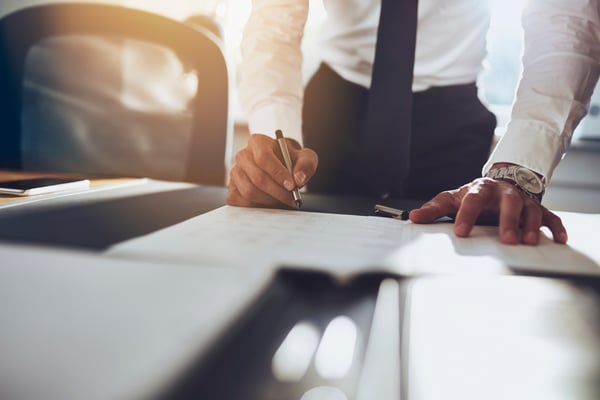 Deciding whether to purchase an LED billboard can be a big decision. LED billboards can be a huge investment for your company, however can bring in a greater amount of revenue than static billboards. One of the most crucial questions you will have when deciding whether or not to invest in an LED Billboard is "What will be my return on Investment?" Calculating the ROI of your digital billboard will be based on a number of different factors that all contribute to how much you can ultimately charge for ad space and to how many advertisers.

Here's How to Calculate the ROI of an LED Billboard

How Valuable is Your Location?

Just like any other billboard - static or digital - the location of your LED billboard can have a huge impact on the perceived value. This will therefore determine how much you can charge for ad space. The better the location of your billboard, the greater your reach. Advertisers want to choose ad space that hits the most number of people in their desired demographic.

Placing a digital billboard in a high traffic area, facing on-coming traffic and in close proximity to local businesses that could potentially advertise will all effect how valuable your LED billboard is. Considering your location will set the foundation for calculating the ROI of your LED billboard.

What's the Size of Your Digital Billboard?

The next factor that will help you determine the ROI of your LED billboard is the size. There are many different sizes to choose from when it comes to investing in an LED billboard. The industry standard for a high traffic area would be 14’X48’ or 10’X36’ sized billboard. The larger the billboard the more valuable the space because it can improve visibility.

Just like analyzing the location of your LED billboard to determine reach, the size of your billboard will determine how well your advertisers message is conveyed. A large billboard in a high traffic area will be perceived as very valuable to potential advertisers and will increase the amount they will spend on ad space. This will therefore affect your ROI.

How Many Advertisers Can You Market to?

Another factor that contributes to the ROI of your LED billboard is the number of spaces you can fill. Unlike static billboards, where one advertiser can purchase the space at a time, digital LED billboards give you the opportunity to fill multiple ad spaces at the same time. To determine how many advertisers you can market to you'll first need to determine whether your billboard is single or double sided.

How Much Can You Charge Per Ad Space?

Finally, determining your ad contracts will help you fill ad space and improve your ROI. Many billboard companies have different lengths of time that advertisers can purchase ad space for. Creating contracts based on running ads on a daily, weekly, or monthly basis will allow you to increase the number of advertisers interested in your ad space. Calculating prices for your ad space based on the number of days the advertiser plans to utilize the space can help you ensure that your ad space is always filled and you're always getting new revenue.

Overall, there are several key factors to consider when calculating the ROI of your LED billboard. Using these key factors you can get a better idea about whether investing in an LED billboard makes sense for your billboard company, and how quickly you'll be making revenue on billboard ad sales.