L.A. at the Forefront of Municipal LED Streetlight Retrofitting 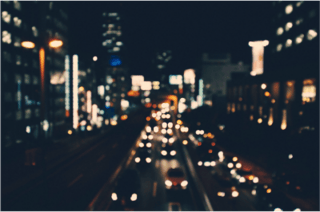 While acknowledging the good that comes from having light everywhere for commercial and safety reasons, we must also acknowldge the damage that results from decades spent lighting up the night sky, such as immense electricity budgets, confused wildlife, and, of course, decreased star visibility. Paul Bogard, author of "The End of the Night", which focuses on the world's unchecked light pollution, comments on this decreased visibility, noting that "what was once a most common human experience has become most rare."

The city of Los Angeles has taken huge strides to address and alleviate this struggle between light and dark. Los Angeles has the 2nd highest amount of streetlights in the United States behind New York City. Ed Ebrahimiam, the Bureau of Street Lighting Director for the city of L.A., began considering LED lighting 10 years ago as a way to cut the city's electric bill, and it was in 2008 that he determined the technology was ready and developed enough to propose its use in a relighting plan.

Why Did L.A. Choose LED to Light Their Streets? 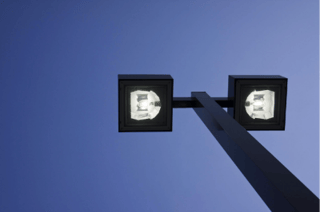 LED lighting differs from traditional illumination, and many cities are using it in attempts to solve most problems created by inefficient traditional lamps. While LED lights are more expensive, they last much longer and produce more light per watt than conventional lighting. The cost of LED lighting will also continue to get cheaper as the technology advances and becomes more widely established. Ultimately, LED lighting offers significant energy savings and has great anti-pollution potential.

The Results: The City of Los Angeles Benefits from LED Lighting

By the end of last year, over 140,000 of the 215,000 traditional Los Angeles street lights were retrofitted with LED lighting. This first phase of L.A.'s relighting plan was hugely successful, and the results are quite notable. Not only did streetlight energy use decrease by 42%, from 190 million kilowatt-hours to 110 million kilowatt-hours, but the savings associated with increased efficiency also exceeded the plan's goal of 40%, rising to 63%. The city's annual carbon emission dropped by 47,000 metric tons.

The large energy and cost savings were not the only benefit the city noticed, however. The flexibility offered by implementing the new LED lighting was remarkable. Instead of performing manual inspections as required by the traditional street lights, the LED lights can be managed with a software system. Such a system can check to see that each light is working properly, and is also able to measure each light's energy use. Excited to see the relighting plan coming closer to completion, Ebrahimian notes the hefty change LED has had, stating, "we are in the middle of a lighting revolution in the world."

How Does This Affect Me?

LED lighting offers a lighting solution that is viable to everyone. Whether you are a homeowner or a business-owner, the need for sustainable lighting remains. While it may seem easier to go with the cheaper traditional lighting right now, the long term costs associated with doing so greatly outweigh the short-term benefits. Request a quote or caluclate your ROI to find out just how much you can save by switching to LED lighting.