What is the Lifespan of an LED Billboard? 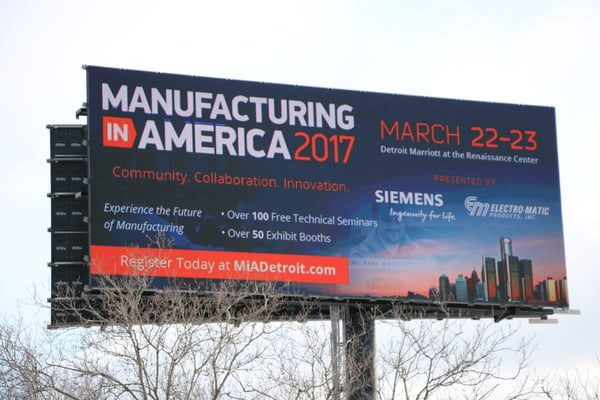 Purchasing an LED billboard is a big decision that comes with a big price tag. Although LED billboards have the potential to produce a much greater ROI than static billboards, one question that comes up during the buying process is, "What's the lifespan of an LED Billboard?". Typically, the lifespan of an LED Billboard is 100,000 hours or 10-11 years. This lifespan is based on a variety of factors, some that you as a billboard owner can control.

1. How much power is the LED billboard using?

The first lifespan factor to take a look at is the Nit level of the LED billboard display. Nits are a metric used to determine how visible an LED display will be during the day. Most manufacturers have the capability of up to 10,000 Nits on their displays. However, in most applications that isn’t necessary to set your Billboard that high. Setting your billboard display at the highest Nit level will only draw more power and decrease the lifespan of the display. The industry standard for an LED Billboard is right around 7,500 Nits. By keeping your Nit level down near the industry standard you can ensure that you're not using too much power, therefore increasing the lifespan of your LED billboard.

2. How much white space is used in your advertisers' creative content?

Another factor that determines the lifespan of the LED billboard display is the creative content used by advertisers. Each individual red, green or blue LED will use different intensities of light to create 262 trillion color options. When using white backgrounds or content all three LED’s are pushed to their capacity to create a white color. By limiting “white” from most content created for the billboard you can extend the lifespan of the display and prevent it from dimming at a faster rate.

3. Where is your LED billboard located?

Getting the longest lifespan for your digital billboard means more money in your pocket and a greater ROI. You can be proactive at extending the lifespan of your LED billboard by being mindful of these 3 factors that affect it's lifespan.

To ensure you're making the right LED billboard investment, do some research on the manufacturing company of your billboard. Visit their website, visit their social media, see their past projects, see if there have positive reviews, and even take a tour of their facility and see how they manufacture their billboards. Purchasing a digital billboard is not a mindless decision and quality does make a difference on it's longevity. Getting a quality billboard up front will ensure that you'll be able to get the most out of your LED billboard investment.