Reasons to Use a LED Video Wall in Church 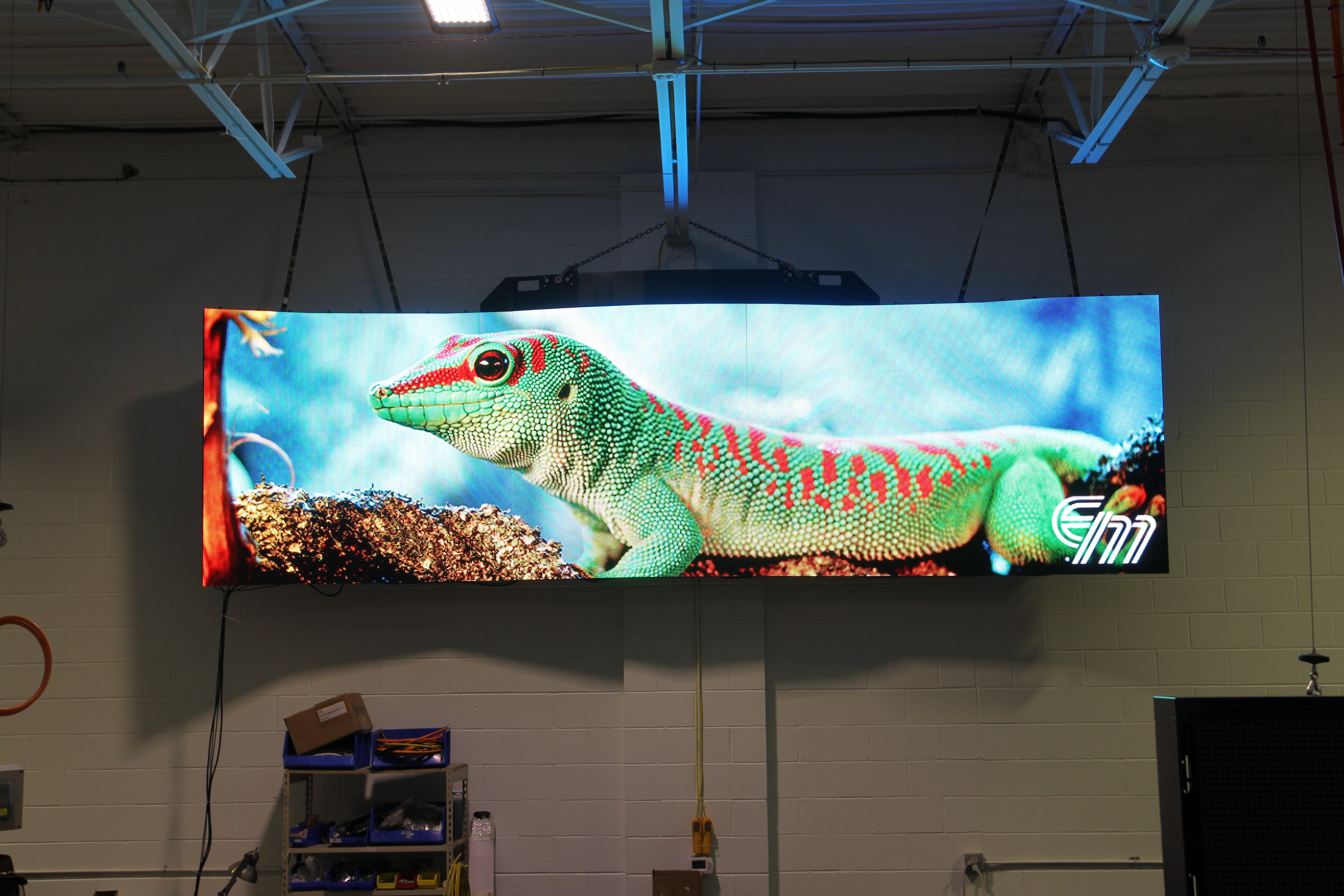 LED screens for churches have turned out to be gradually popular recently as many have decided to upgrade their spaces by installing LED video walls in their sanctuaries. These video walls enable church leaders to share customized videos, images, and text (such as worship lyrics or scripture), live feeds, and other content such as messages and news. Churchgoers have actively participated in worship through additional visual features during services.

Instead of eyes focusing down on a hymnal can now look up at wall-projected content. Modern LED video displays allow even properly-lit churches to utilize multimedia services to inform and engage their congregations. That’s why many houses of worship are deciding to switch to LED video walls. LED displays look good in ambient lighting, have vibrant colors and great viewing angles, making them ideal for church programs and sermons.

The vigorous and engaging benefits of LED video walls can work for all kinds of environments. Many churches were early users of video technology by integrating large projection and LCD screens in their sanctuaries. Unfortunately, over time projection technology became outdated. Also, projection screens are only effective for churches with “limited lighting” (similar to a “black box”, theater-like design) meaning that light levels from the outside had to be controlled to acquire the best viewing quality.

Here are some reasons to consider incorporating LED video walls.

Costs for LED walls have decreased significantly with up-front costs only 15-20% higher than a projection system. LED video walls are also modular, allowing a panel or a bulb to be swapped out at a much lower cost. Cheaper projectors were not built to last long. When a projector bulb or the entire projector breaks down, the replacement costs can add up thousands of dollars each time. Other parts such as clogged cooling channels, broken fans, and overheated components can result in melted lenses or parts and repair costs are often higher than the original price of the whole projection unit.

LED walls can cost slightly more than projectors of a similar size and quality. However, projectors have components such as bulbs and light engines that call for replacement every few years, which can be costly. For instance, a new bulb can cost up to $4,500. LEDs also consume 40-50% less energy than projectors. The substantial savings by LED walls (through electricity billing) will go right back to the congregation’s budget in comparison to projectors, which costs thousands each month on electricity. As a result, the break-even point of LED over projection takes only one to two years.

LED video wall images have a noticeable higher quality image. Traditional projectors usually lack the necessary brightness for easy reading and engagement. While projection brightness is typically measured by Lux (reflected or projected light), LED brightness is measured by the unit Nits (the light strength shining directly from self-emitting diodes). 1 Nit is equal to approximately 3.426 Lux. LED wall brightness can go from 300 to 800 nits. Because of this, LED walls do not need dark rooms and works well in rooms with ambient lighting conditions. If the worship space has ambient light at certain times of day, then an LED wall can be the superior solution than LCD or projection technology. 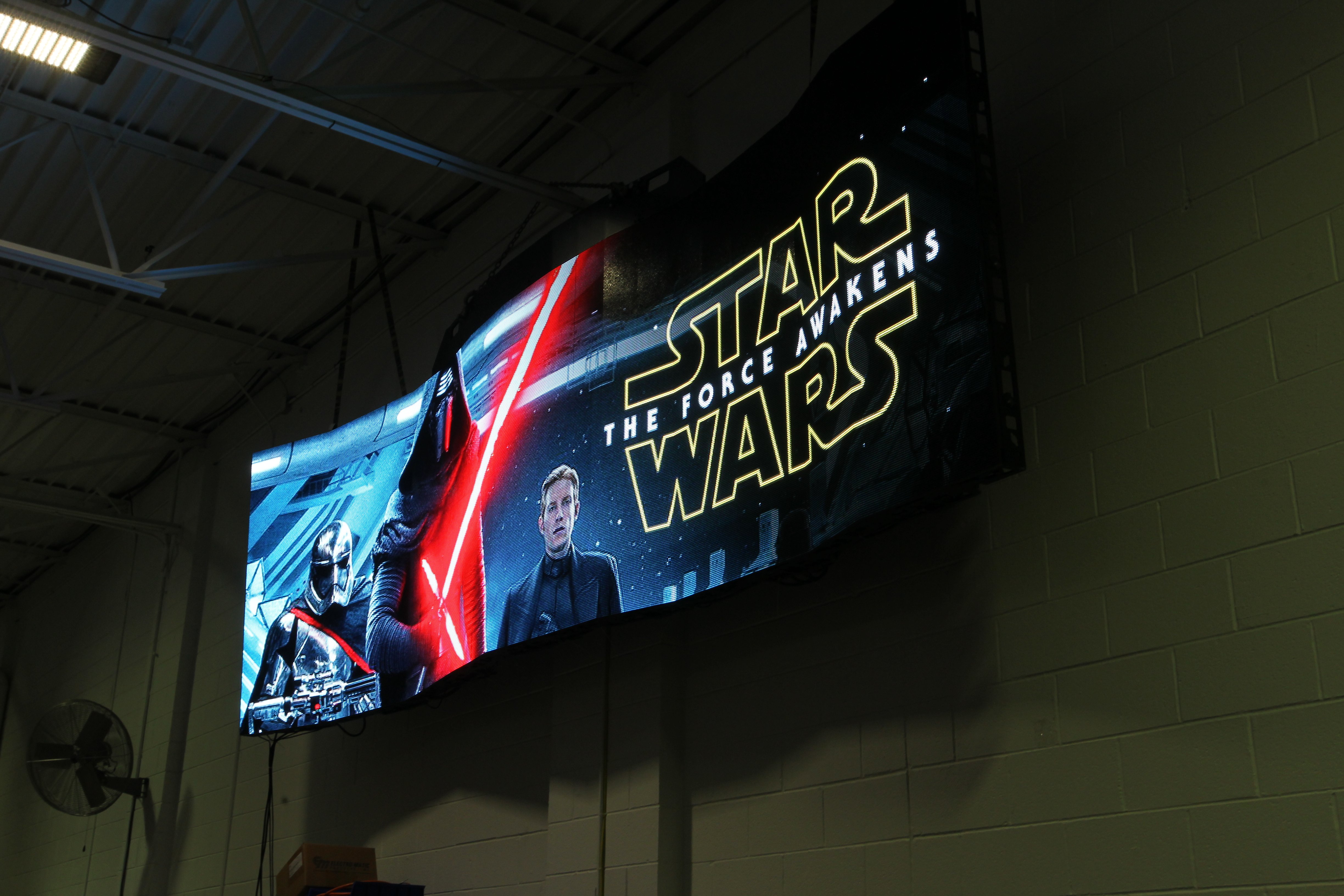 A projector’s lifespan is usually three to five years and constant maintenance is required throughout its service life.  Projectors also have a single, passive source of lighting, which is one lighting bulb for the entire projection brightness. Led walls possess a lifespan two to three times longer than projector setups. Additionally, with LED video walls, they have a service life of 100,000 hours, which equals approximately 11.5 years.  LEDs have millions of active self-emitting light sources that burn evenly at a stable pace, which also contributes to its longer service life.

LED walls can create a lively environment when worshipping. Many houses of worship include contemporary elements to their services, especially with live music. Along with sharing lyrics for attendees to sing along to, the bright and vibrant LED video production experience brings the music to life. LED walls also help freshen up the sanctuary. Renovation can be expensive and many elements like pews, altars, and high ceilings are traditional. Installing a video wall can instantly modernize the space. When customizing LED walls to any space, larger spaces work well with these brighter scaleable solutions. As a church grows, LED walls can be easily expanded or dismantled for relocation to a new space.