Should You Upgrade to LED Warehouse Lighting?

LED lighting has various benefits compared to fluorescent lights and metal halide bulbs. LEDs provide better energy usage and maintenance as well as a better quality light, so they are perfect for large, open facilities. There are numerous benefits of using LED warehouse lighting that most don’t immediately realize. Much of this has to do with the technological differences between LED lights and conventional lighting.

Why you Should Upgrade to LED Warehouse Lighting

LEDs, as well as fluorescent bulbs and fixtures, are both energy-efficient. However, fluorescent bulbs are usually made from glass, which makes them easy to break. They also contain mercury, a hazardous substance, that will be exposed to humans when cracked or shattered. Luckily, LEDs are not made from glass and they do not contain mercury which makes them overall less hazardous to the environment compared to fluorescent lighting.

Brighter facilities mean safer facilities. Warehouse employees perform various tasks that are usually physically demanding, and require them to move around a lot. Without adequate LED warehouse lighting, these daily duties can potentially become dangerous. Warehouses are big spaces with deep aisles and tall shelves, which can lead to a lot of darkened areas. Bright LED lights will illuminate all areas of the warehouse facility. LED warehouse lighting is also much easier on the eyes. Turning on a fluorescent light will often end up flickering, which not only reduces the quality of visibility but is also extremely annoying. High Bay LED lights from Electro-Matic will give immediate light without any flickering or other problems. Replacing older warehouse fixtures will reduce workplace accidents and improve safety.

The operations that take place in a warehouse generally need exceptionally bright lights as well as a large amount of coverage for people's jobs to be done properly. The old metal halide (MH), or high-pressure sodium (HPS) lamps, that are currently utilized in many warehouses typically require 400 watts of energy to produce light. An equivalent LED lamp will use between 170 to 210 watts to produce comparable brightness and better light quality. Some higher ceiling warehouses use metal halide lamps with 1000 watts and its LED counterpart uses under 500W.

The light emanating from LEDs is directed exactly where it's needed on the floor and saves about 50% of the energy used by metal halide or HPS lamps. A typical 400W MH or HPS lamp might produce 35,000 lumens, but it is scattered all over. Unlike LEDs, these lamps experience fast lumen depreciation of up to 50% over their short life cycle.

Old metal halide/high-pressure sodium bulbs are really slow to start up, quick to lose brightness, fast to burn out, and guzzle electricity. LEDs, however, consume far less power. They also use less electricity, with an estimated energy efficiency of 80%-90% compared to traditional lighting and conventional light bulbs. About 80% of the electrical energy is converted to light, while only 20% is lost and converted into heat. Because of the longer lifespan of LED lights, the maintenance work is less, meaning big energy savings.

The economical solution to reduce costs of operation is to make an LED lighting upgrade to your warehouse. LEDs have gained in popularity because they deliver better light output and quality, while also using less energy. And due to a long life cycle, they are easier, and less costly to maintain.

Managing a warehouse demands the operator to lead profitability by controlling costs. Expenses such as rent, wages, insurance, and maintenance are almost all outside a warehouse operator’s capability to control. Not to mention that the costs normally increase on a yearly basis. Lighting is the biggest portion of warehouse energy, representing up to over half of warehouse electricity usage and is one of the easiest areas for cost reduction. The solution can be as simple as switching to LED warehouse lighting. 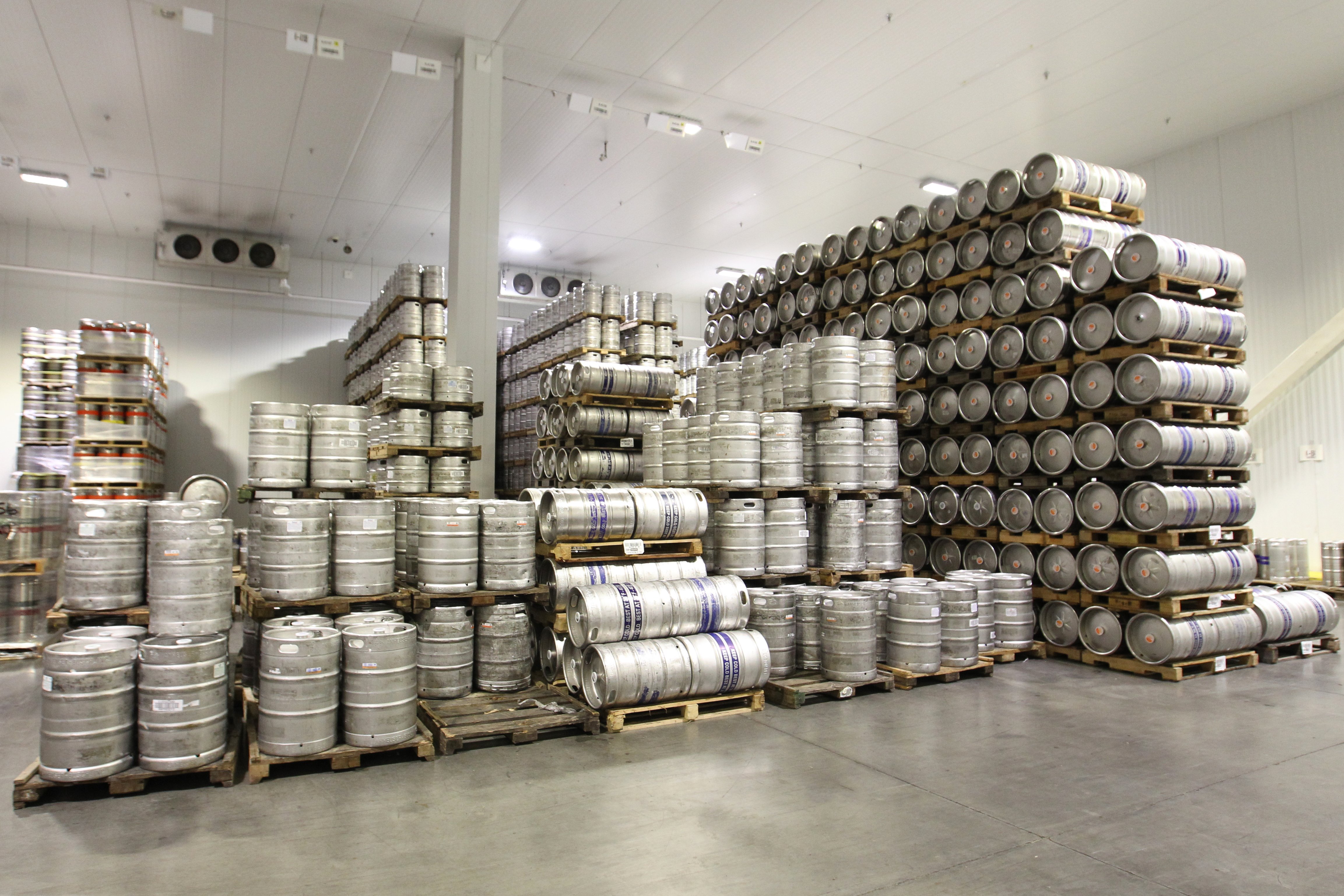 Depending on how large the warehouse is, numerous lights will eventually need to be replaced, which can become costly. Upgrading to an LED system in your warehouse reduces the number of times you will replace burnt-out lights. Easy installation is a crucial element in upgrading to an LED system. Lamp replacement involves replacing the existing lamp with an LED lamp. Additional savings from maintenance costs are made possible with these new technologies since they have a longer service life. This durability drives down maintenance costs as employees can spend their time servicing other equipment within the warehouse.

LED technology is known to last as much as three to four times longer than other light sources. New LEDs can last from 50,000 to 100,000 hours or more. The typical lifespan for a metal halide bulb, by comparison, generally lasts between 6,000 and 15,000 hours. By opting in for a longer life light source, LED lights will reduce your maintenance costs drastically. A long lifetime stands out as one of the top benefits of LED lights. LED bulbs possess an outstanding operational lifetime expectation of up to 11 years of continuous operation. LEDs also maintain their original brightness throughout their lifespan. If you are still questioning whether you should upgrade to LED warehouse lighting, check out how our LED lighting upgrade helped the Fabiano Brothers facility.