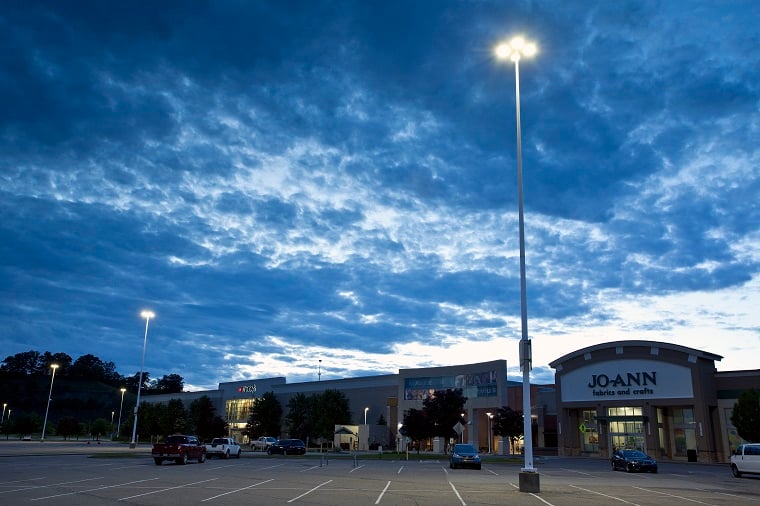 LED is the future of outdoor lighting. In terms of expense, environmental impact, and sustainability, everything points to LED. According to the US Department of Energy, well-made LED products can use 75% less energy than incandescent bulbs and last 25 times longer. We hear stats like these all the time, but what do they really mean? Here are 23 benefits of LED lighting that will put your questions to rest.

There were originally concerns regarding LED lighting related to the quality of light when compared to more traditional lighting solutions. It took many decades to be able to produce clear, white light through LED (using a combination of colored LEDs), but today’s lighting technologies offer comparable and often improved lighting quality through LEDs.

Unlike incandescent bulbs, which release up to 90% of their energy as heat, LED lights use energy highly efficiently, wasting hardly any heat. This means they are safer and less expensive to operate.

Being directional in nature means that the light emitted by LEDs is aimed in a specific direction. Some traditional lighting sources make it difficult to control which direction the light is aimed and require reflectors and diffusers to target specific locations. Because LEDs are so small, they reduce or eliminate this need.

4. LED lights have a longer lifespan.

Compared to more traditional lighting solutions, LEDs offer a lifespan of up to 25 times longer. This means you save big on replacement and maintenance costs.

Modular LED lighting solutions allow you to customize lighting to your specific needs so you can conserve energy while extending the lifespan of your lights.

Because LED lights are cooler and do not output nearly as much heat, they are far less of a fire hazard than more traditional lighting solutions. This makes LEDs safer in homes, industrial environments and outdoors.

7. LED lights do not contain mercury.

Unlike compact fluorescent bulbs, LED light bulbs do not contain mercury. This means their environmental impact is much smaller, and they are easier to dispose of. As LED technologies continue to advance, the environmental benefits of LED over flourescent will only continue to increase.

Another benefit of LED lighting is the lack of UV emissions. Because LED lighting does not produce UV emissions, it is well suited for applications that are sensitive to heat, such as art galleries and museums.

9. LEDs are easy to install.

Because LED lights do not waste heat the way incandescent bulbs do, they are far more energy efficient - six to seven times more efficient. Studies have shown that LED lights have the potential to reduce energy consumption in the United States by 50% and save the US $250 billion in energy expenses.

12. LEDs are less expensive to operate.

Another benefit of LEDs using less energy is that they cost less to operate. With incandescent bulbs, up to 90% of energy is released as heat, meaning 90% of what you pay for your electricity bills doesn’t even contribute to the light you see. LED lights release hardly any heat, and that reduction is directly reflected in your electricity bills.

13. LEDs are easier to dispose of.

Disposing of compact fluorescent lamps can be tricky because of the small amounts of mercury they contain. While you still have to be careful when disposing of LED lights, this is much less of an issue because of the long lifespan of LEDs.

14. LEDs come in a variety of unique designs.

There used to be complaints of LEDs being ugly or not offering options that are acceptable in the eyes of architects and designers. These days are long gone - LED fixtures are now designed to offer aesthetic appeal in industrial, commercial and residential settings.

15. LEDs can be retrofit to existing lighting fixtures.

There are some misconceptions that switching over to LED lighting requires installing entirely new light fixtures. With today’s LED lighting technology, this is not the case. LED lamps can be retrofitted to existing fixtures making the installation of LEDs far more affordable.

16. The cost of LED lighting is always decreasing.

The cost of a 60-watt equivalent LED bulb fell by nearly 40 percent between 2011 and 2012, and LEDs continue to become more affordable year after year. By the year 2030, it has been estimated that LEDs will be affordable enough to account for 75% of lighting sales.

18. LED lights turn on and off instantly.

More traditional lighting options can take time to “warm up,” meaning the light you see when you first turn the light on isn’t the full output of the light source. With LED lights, what you see is what you get. No waiting around for the light to reach its full potential.

19. LED lights come in a variety of colors.

It took decades to finally produce white light with LEDs, but while LEDs most commonly come in white light today, they are also available in a variety of other color options, including red, blue, and green.

20. LEDs can operate in extreme temperatures.

Another benefit of LEDs not releasing energy as heat is that is that they are better equipped to operate under extreme heat. Unlike fluorescent lighting, they are also not affected by cold temperatures, making them an ideal lighting solution for outdoor lighting in the winter months, walk-in freezers, and more.

22. LED lighting is a great complement to solar power.

Because LED lighting requires such low amounts of energy, solar power is a great solution to pair with LEDs for outdoor applications. While it can be difficult to support traditional lighting sources with solar power, LEDs typically use little enough energy that the power generated through solar converters is sufficient.

23. Innovation in LED lighting is taking place every day.

The final benefit of LED lighting is that it is always improving. Constant innovation in the LED industry is making this a more efficient, more affordable, and more sustainable lighting technology every day.